About the author Izzy Harrap 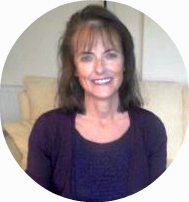 I qualified and started working with children as a Dyslexia Therapist in 1994. I am also qualified as an Autogenic Therapist, an NLP Practitioner and have been trained in the visual and auditory perceptual fields as well as well as being an EFT Master Practitioner.

I work with children who have difficulties in the Visual And Auditory Perceptual Fields.

Working through Izzy’s system of the Town Mouse with her, my son and I found it very useful and in six months his reading ability went up by three years. We are a Turkish family whose second language is English   (Hulya Akgun)

My seven-year-old daughter, Lucy, found spelling really hard. It just didn't come naturally and, despite our best efforts with the look, say, cover method, it didn't sink in. We turned to Izzy's method of learning words by stories. We put in the effort to learn them, which was perfectly manageable, and, gradually, the words' sound started to make more sense to her. Nine months later, my daughter has begun to spell with new confidence and with more of an instinct for how a word is likely to turn out. I highly recommend Izzy's method.  (Emma Jones)

Why I teach children who find Reading, Writing or spelling difficult: